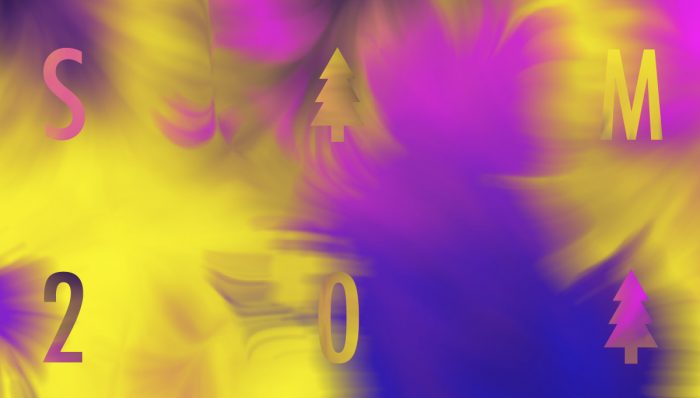 REMAIIN (Radical European Music and its Intercultural Nature) is a project that investigates non-European cultural influences on the experimental, avant-garde and innovative music of the present and the past. The project’s primary activities are concerts, exhibitions and performances, paired with discourse activities that dissect the presented work in the context of the project’s topic. It is run by four organizations – three festivals and a concert series, namely Skaņu Mežs (Latvia), Wilde Westen (Belgium), Out.Fest (Portugal) and Kontraklang (Germany) –  and is co-funded by the „Creative Europe” programme of the European Union.

The project experienced a passive period period due to the global pandemic of Covid-19, yet, during this period, a string of essays had been commissioned, and, on October 2, 9 and 10 Riga, Latvia’s Skaņu Mežs festival for adventurous music will be the first real-life event to feature performances and lectures of REMAIIN.

The 19th edition of Skaņu Mežs festival for innovative music will take place on October 9 and 10 at concert hall Hanzas Perons (16a Hanzas street) with a free-entry opening event on October 2 at event space Fantadroms (74a Gustava Zemgala street, building „Heinrihs”). Tickets can be purchased at www.bilesuserviss.lv; one-day tickets costs 15 EUR, whereas a two-day pass costs 23 EUR. Due to public safety measures during the Coronavirus pandemic, all the concerts will be seated, and a limited number of tickets will be available.

On October 2, the first live lecture of REMAIIN will take place – German music journalist Martina Seeber’s talk on the music of the mysterious Italian avant-garde composer Giacinto Scelsi’s work will focus on the influence of Eastern philosophy on the so-called „second period” of his body of work. The lecture will be followed by a performance by Sonoskop – a contemporary music ensemble from Berlin that consists of, among others, violinist Biliana Voutchkova, also known for her work in the field of free improvisation, and Nikolaus Schlierf, one of the artist directors of Sonar Quartett. Sonoskop will play Scelsi’s Fourth and Fifth string quartets, Riti: I funerali di Carlo Magno (A.D. 814) for cello and percussion and Manto 1 for violin.

On October 9, the REMAIIN program at Skaņu Mežs will be continued with a performance by Egyptian singer Nadah El Shazly whose debut record „Ahwar” was hailed by The Quietus as a „perfect, soaring amalgamation of traditional Egyptian song with experimental takes on performance and instrumentation”. The record was also named by The Wire magazine as one of the 50 best records of 2017.

Nadah El Shazly is an Egyptian singer and composer living and working in Cairo.

Starting out singing Misfits covers in a local punk band, then moving onto producing her own electronic tracks and making a name for herself in Cairo’s underground scene, Nadah El Shazly’s backstory is not that unusual. Her debut album, released on Nawa Records in November 2017, on the other hand, is an entirely unexpected story.

Two years in the making, Ahwar (Arabic for marshlands) is an otherworldly record, not unlike an abstract mythological story-tale. Opening with the mangled and filtered vocals of the album’s lead track Afqid Adh-Dhakira (I Lose Memory) like an alien dream, the drones of a bowed double bass lead us into a drum groove that lays the groundwork for El Shazly’s sultry and captivating presence, singing: “(I am) coming, from a time far away. Going, escaping. Alone in the wilderness”.

Sonoskop is a group of Berlin musicians who collaborate in different new music Ensembles in Berlin, such as Solistenensemble Kaleidoskop, United Berlin, SonarQuartett, etc.

The collective introduces itself with the following words:„We create our own projects, substituted by Hauptstadtkulturfond Berlin, for example. Enthusiasm for new music in all its colours is our interest.Giacinto Scelsi is one of the most magic composers of 19th century, his pulse is our impetus.”

Singer Ieva Parša mainly focuses on contemporary Latvian and international music but also enjoys singing baroque and romantic music repertoire, demonstrating great acting talent in all of these styles and paying great attention to the expressiveness of text and the emotional content of music.

Martina Seeber was born in 1967 in Wattenscheid/Germany.

After a stay in Paris, she studied musicology, Romance philology and philosophy in Cologne, followed by a training as a journalist at the German Radio Academy in Dortmund. Today she works as a freelance writer and presenter for the public radios stations. She presents live concerts, hosts radio programs, writes for print media and produces features about contemporary music.

Giacinto Scelsi was an Italian composer who chose a path separate from all modernist movements and created music of a highly intuitive, mystical nature.

Giacinto Scelsi’s music was largely unknown throughout most of his life, as he refused to conduct interviews or make analytical comments about his works and rarely sought out performances. The attitudes behind his musical creations can be tied in with this reclusiveness; from the 1940s he saw music as a type of spiritual revelation. He began to compose his better known pieces at this time, works which involved static harmony with surface fluctuations of timbre and microtonal inflection. This type of harmonic minimalism was developed independently of other minimalist trends of the twentieth century, and was received with fascination by the musical world when his music finally began to receive performances and recordings in the 1980s. He wrote over 100 works, including several major pieces for orchestra, and works for chamber ensemble, string quartets, and solo and duo pieces. Many of his pieces were worked out in improvisation and subsequently written down. (Text by Rachel Campbell)